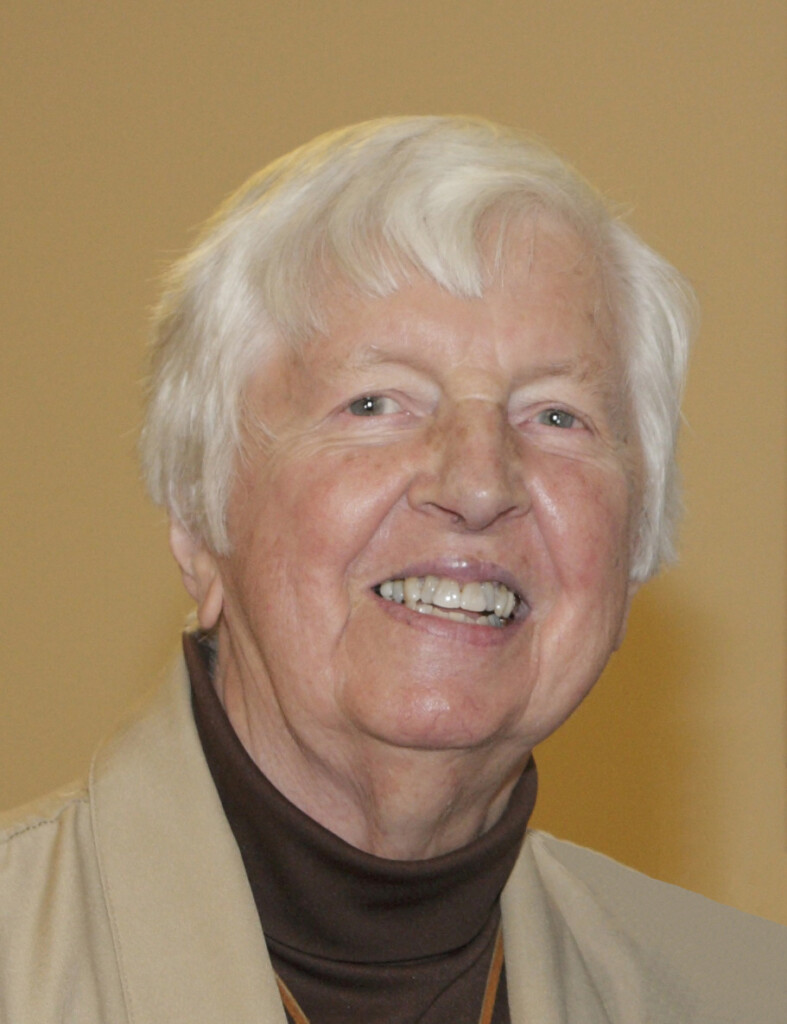 Daughter of Dan and Noreen McHugh O’Leary, Mary Noreen was born in Spokane in 1921 but grew up in Seattle with three younger siblings. After her graduation from Seattle’s Lincoln High School, she attended the University of Washington completing a BA with a major in Art and minor in Spanish and a Fifth-Year Teaching certificate.

In 1946, she entered the Sisters of the Holy Names at Marylhurst, Ore., receiving the religious name Sister M. Noreen Elizabeth.

In 1951, after three years at Holy Names Academy, Spokane, she was appointed to the Art Faculty of Marylhurst College and for nearly 30 years was a beloved instructor there. Among her teaching responsibilities were art education courses where she had the challenge and joy of convincing young women preparing to become teachers that they were equal to the task, including teaching art. Through the late ‘50s and early ‘70s, she organized numerous exhibitions at Marylhurst College’s Mayer Art Gallery featuring many outstanding artists of the Pacific Northwest including Carl Morris, Louis Bunce, Sally Haley, Lee Kelly, and Bonnie Bronson. During this time, she earned a Master of Fine Arts (MFA) at the University of Washington majoring in Painting and minoring in Design.

Upon leaving Marylhurst in 1978, she moved to Los Angeles where she taught and worked in St. Mary’s School and Parish. On her return to Oregon in 1983, she joined the faculty of St. Mary’s Academy, Portland, as an Art instructor.

Sister Mary Noreen later established the Marylhurst Art Studio teaching private art lessons to children and adults. She had a firm belief that there is an artist in each person. A primary tenet of her philosophy of art was “The Adventure of Seeing!” The creative environment and diverse collections of her studio enhanced students’ ability to see beyond the external and to venture into “the within” in their exploration and experimentation with various media.

Over the years Sister Mary Noreen also had a close association with the Liturgical Arts Resource Center at Marylhurst and tutored ESL students at Portland Community College-Sylvania.

As an artist, Sister Mary Noreen produced artwork in a variety of media including serigraph, mosaic, block print, oil, and acrylic. A major influence in her art was printmaker Sadao Watanabe who combined traditional Japanese print-making techniques with Christian iconography and with whom Sister Mary Noreen studied in Japan. A predominant subject for her was Mary, particularly the Madonna and Child. However, her largest work includes six 20-foot mosaics on the east exterior of Marylhurst’s Clark Commons. Titled “Benedicte” the mosaics are inspired by the natural beauty of the surrounding landscape in celebration of the sun, moon, stars, and all God’s creation.

Reflecting on life and art, Sister Mary Noreen said “I see art as a positive challenge. It is a means by which we can explore and enjoy our world—both the inner world and the outer one. Like life, art is a constantly growing experience. It does not disregard suffering and change. Rather, it is a tool for thinking and a source of new vision.”

Most recently she resided at Mary’s Woods at Marylhurst.

A Holy Names Sister for 73 years, Sister Mary Noreen is survived by her sister, Patricia Kincannon, her nieces and nephews and the members of her religious community. Remembrances may be made to Sisters of the Holy Names, PO Box 398, Marylhurst, OR 97036 or online at www.snjmusontario.org/donate.