Nearly 60 students received diplomas or GED certificates as Next Step Learning Center celebrated its graduation and National Adult Honor Society induction on July 27 in Oakland, CA. It was an especially satisfying day for the two Sisters of the Holy Names of Jesus and Mary who co-directed the center for more than two decades.

Sisters Cynthia Canning and Rosemary Delaney were among those who applauded the graduates, who included eight community college graduates, and the nine students who were inducted into the honor society. “It was wonderful to witness this milestone for people who have most likely never been recognized before for any accomplishment. They have demonstrated true grit and stayed the course,” they said. 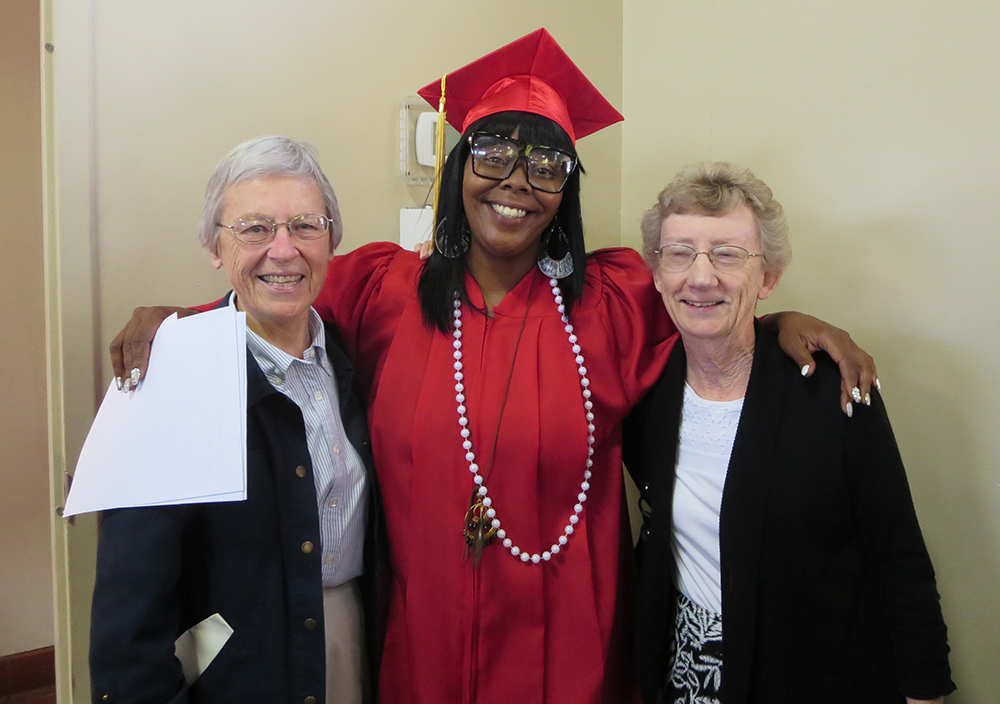 “The spirit of Next Step got inside of me and carried me through to earn my GED and finish what I started to do at many other programs,” said another student. A third student commented, “Being at Next Step is about more than reading and studies; it’s about continuing on with your life path after getting off track.” And a fourth student added, “There are angels at Next Step who work with you as tutors.”

Melinda, who is a long-time Next Step volunteer, shared these thoughts: “Couldn’t you tell from the crowded parking lot and balloons that we were about to experience a wonderful afternoon? As soon as I parked my car, I began to see graduates posing for photos in their caps and gowns, grinning despite themselves. Inside the gym was another story: live music from the guitar and drums duo, little kids, seniors, even infants all there to witness a grad, tutors galore and Next Step staff. I found one of the few remaining empty chairs and sat between a woman whose fiancé was graduating and another woman who was cheering for two nephews. The formal program began with Elgar’s familiar ‘Pomp and Circumstance’ as the graduates marched in. From then on, we were treated to wise words from Next Step staff, words of support and encouragement and pride in all that had been accomplished. Interspersed, as noted on the program, were prepared speeches by selected students. Their sentiments were echoed, one after another, by the graduates. I couldn’t count how many versions of ‘thankful,’ ‘patience,’ ‘persistence’ and ‘supported’ were expressed. Not surprisingly, those very same descriptors seemed to fit many in the crowd, tutors included. Next Step rocked!”

The Sisters of the Holy Names founded Next Step as an adult literacy program in 1994 to address the high dropout rate in Oakland. It brings together participants pursuing educational and life goals with more than 70 volunteer tutors. Sisters Cynthia and Rosemary led the center until last year, when Lisa Stringer became its executive director. 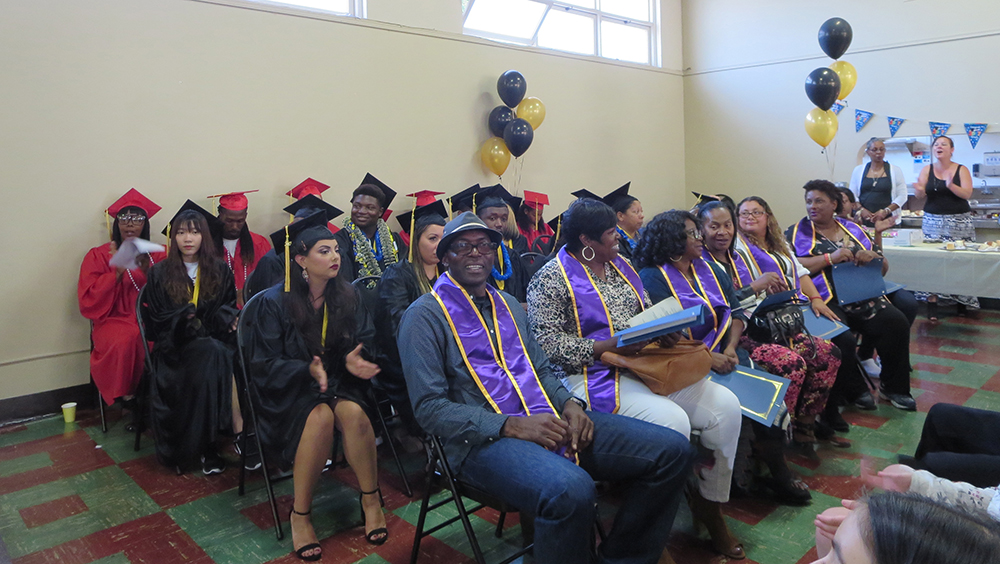 Next Step Learning Center celebrates the graduation of 60 students on July 27, 2017. 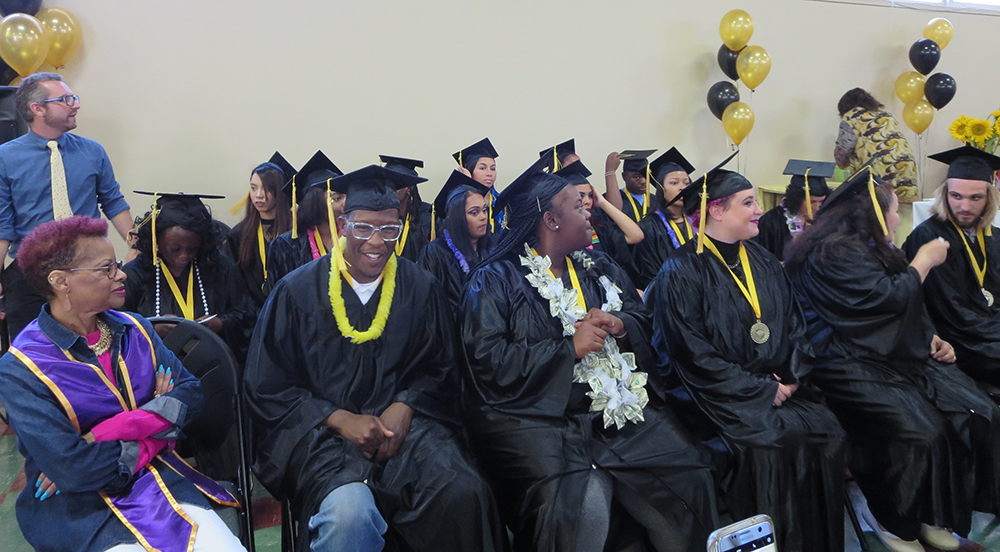 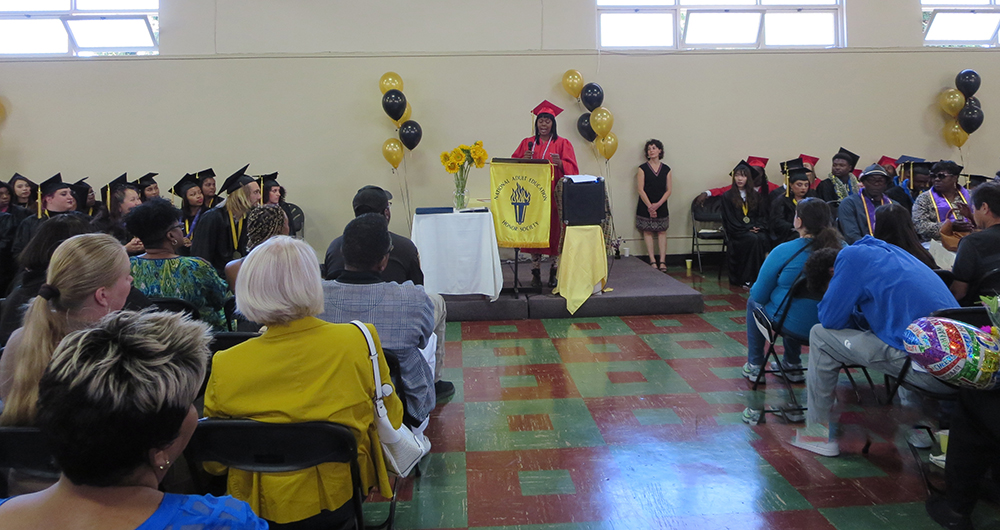 Cha’Shonn delivers a speech during Next Step Learning Center’s graduation ceremony on July 27, 2017.