LCWR Region 15 Meeting Focuses on Justice and Feeding the Hungry 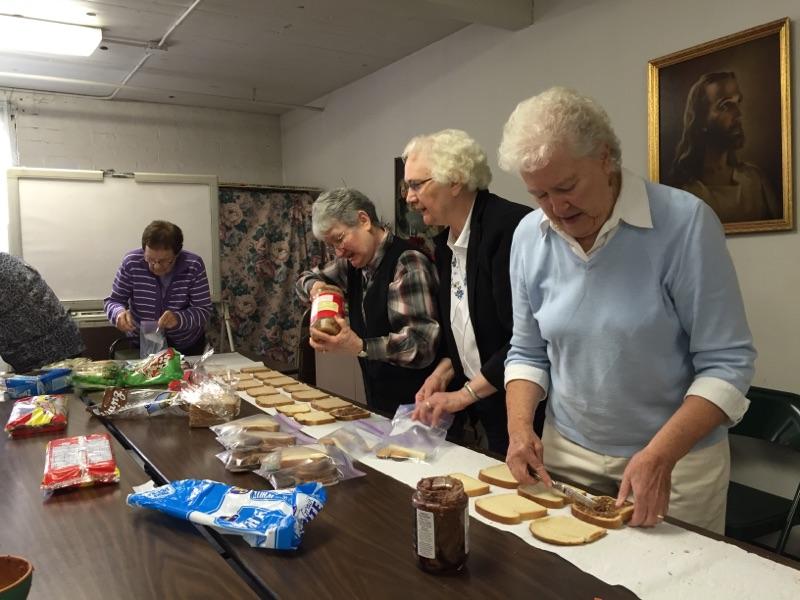 Sr. Linda provided a new process booklet for faith sharing called “Privilege and Periphery: Risking Transformation,” which is based on the resolution passed by the 2016 LCWR Assembly regarding systemic injustice. For copies of this reflection process booklet, contact IPJC at ipjc@ipjc.org.

In keeping with the organization’s justice priorities, LCWR members including Mary Rita Rohde, SNJM (pictured at far right) set aside time to make 200 sandwiches to give to homeless people in Yakima.