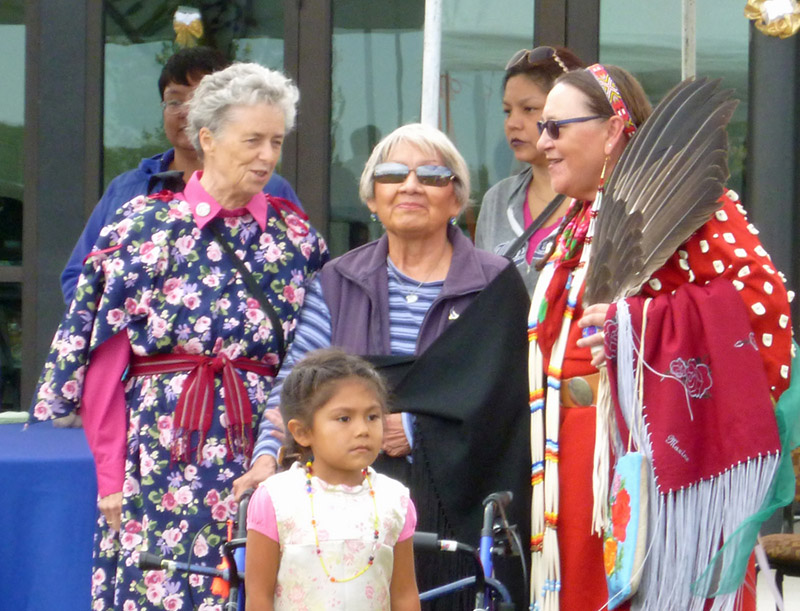 In the photo (L-R): Sister Kathleen Ross and Martha Yallup visit with friends at the pow wow.

Two new buildings were dedicated in the names of Martha Yallup and Violet Lumley Rau (deceased), the two Yakama Nation women who recruited Sister Kathleen Ross to join them in starting the university. In addition, the university hosted its first pow wow, in which all three co-founding mothers  were honored. Lila Lumley represented her sister Violet at the ceremonies.

The Martha B. Yallup Health Sciences Center will house the Physician Assistant and other medical programs of Heritage University, and the Violet Lumley Rau Center will have administrative offices.

Members of the SNJM Yakima Mission Centre attended the pow wow on campus on Saturday, Sept. 17. As part of the ceremonies, gratitude was expresssed for the three women whose vision and efforts gave residents of the region an important opportunity for quality higher education. People of all ages belonging to various tribes shared traditional dances, drumming and music with an appreciative crowd of faculty, students and community members.